A latest U.S based study points out a phenomenon which links sleep deprivation to have certain antidepressant effects.

For quite some time health experts across the world has been emphasizing on the importance of sleep to reduce symptoms of depression. A latest U.S based study points out a rather strange phenomenon which links sleep deprivation to have certain antidepressant effects.

The study, published in the Journal of Clinical Psychiatry, went back to the ideas postulated by a famous German psychiatrist named Johann Christian August Heinroth who successfully experimented with sleep deprivation as a treatment for, what he called at the time "melancholia", some 200 years back.

The phenomena has become a major area of study in the recent decades. A process called Wake Therapy was developed to quickly alleviate major depressive symptoms, the therapy also showed many effects exhibited by anti-depressant drugs. However, despite being discovered 30 years ago, the team still admits of not having an effective grasp on precisely how effective the treatment is and how to achieve the best clinical results.

For the study, the team examined 66 studies (out of a pool of more than 2,000) to understand what variables either increase or decrease the efficacy of a sleep deprivation treatment for depression. In generating its findings the team took into account age, gender, accompanying medications and different types of sleep deprivation (i.e total, partial, early or late), and concluded their observations. The meta-analysis showed that sleep deprivation was an effective way to combat depression across the board, regardless of demographics or delivery technique. The studies conducted in randomized orderof control group, the results were positive 45 percent of the time, whereas in studies without a control group, positive responses hit 50 percent.

The researchers noted that regardless of how sleep deprivation was delivered, the quanitification of response, or the type of depression, the response rate was found to be nearly equivalent. However, one of the biggest challenges that lies in front of the researchers is its limited time of impact. The effects of sleep deprivation on depression are not long-lasting, which is preventing the phenomenon to turn into a practical treatment. The depressive symptoms tend to recur anywhere from one day to one week after a treatment. Practically speaking too, sleep deprivation couldn't be a long-term solution to depression. Chronic insomnia has been found to have deeper links with depression or triggering depressive symptoms. While this new meta-analysis does solidify a positive correlation between sleep deprivation and a reduction in depressive symptoms, the study didn't have enough evidence to support a restless sleep pattern for a long term.

Sleep deprivation is typically followed by day time sleepiness, lack of energy, drowsiness, fatigue and irritability. It can also take a toll on your mental focus which may further impact your daily activities. Here are certain foods and herbs that may help you get a sound sleep.

Milk is a great sleep supporter. It contains tryptophan, an amino acid which converts into serotonin. Serotonin is known to induce calming effects in the brain. 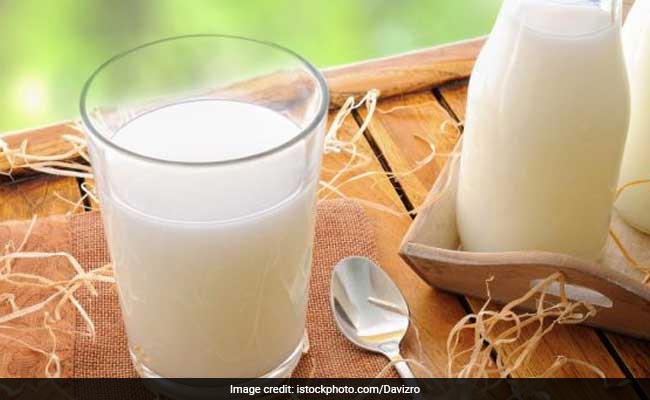 Milk is a great sleep supporter

A bowlful of cherries can also help send you off to good sleep. Cherries are one of the few natural foods that contain melatonin. Melatonin is a hormone produced by the pineal gland in the brain.

For centuries, Ayurvedic medicine has used the goodness of Ashwagandha to treat people with problems such as stress, anxiety, and exhaustion. The wonder herb of Ayurveda is also a good traditional remedy to cure sleep deprivation. Add one teaspoon of Brahmi and Ashwagandha powder in two glasses of water. Boil them and then reduce it to one glass and drink it daily at least once for best results. 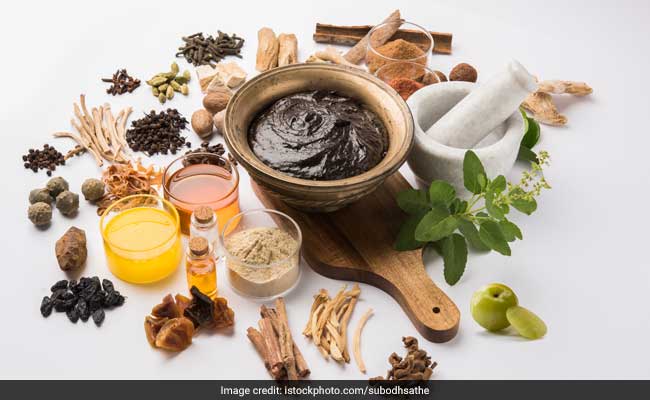 The wonder herb of Ayurveda-Ashwagandha is also a good traditional remedy to cure sleep deprivation.

The active compounds present in licorice can also help you find your way out of the sleep woes. Have one teaspoon of licorice root powder with a glass of cold milk every morning on an empty stomach for best results.

This herbal remedy suggested by Dr. Vasant Lad in his book, 'The Complete Book of Ayurvedic Home Remedies', is also pretty effective in curing insomnia. Tagar is one of the strongest herbs as per Ayurveda. Tagar helps relax the nerves and clear out toxins from blood, blood vessels and joints. Tagar, also known as Indian Valerian, should not be taken alone. It should be mixed with other herbs first. Take 1 part of tagar herb, 1 part of valerian root powder and 1 part of chamomile and mix them together. Take half teaspoon of this powdered mixture with a glass of warm milk just before bedtime to get sound sleep.

Load up on these foods and herbs for sweet and sound sleep.